Between August and November 2020 The Womxn Project conducted a Get Out The Vote campaign aimed at building awareness around voting in the age of COVID with the hopes of increasing voter participation in both the primaries and general election. The bulk of our efforts took the form of a series of projections at city and town halls all around the state with performers also involved in either readings or dances.

The projections consisted of a series of slides which focused on general issues that might galvanize voters (eg “Vote To Advance Racial Justice”, “Vote To Advance Disability Justice”, “Your Vote Is Your Voice”, etc). The projection slides also included specific information on how to vote such as the election date, hours during which one could vote early in-person and where this could be done, and the deadline to request a mail ballot, as well as other messages. The slides were presented in both English and Spanish.

Additionally we created a GOTV Flash Mob event which focused on increasing turnout for the general election in November. We hired Choreographers and dancers and recruited regular folks to join us as we danced to the Janet Jackson song “Rhythm Nation” at high-traffic locations around Providence. The locations included Knight Memorial Library in the Elmwood section of Providence, The Providence Flea, and culminated in a large group dance across Kennedy Plaza, ending at Providence City Hall.

The Common Cause Education Fund Grant allowed us to widen the reach and broaden the scope of these events by hiring artists to perform and participate. Through the work of this projection series we learned about how to engage folks who might feel left out of the electoral process through the use of specific voter education messages combined with live performance. 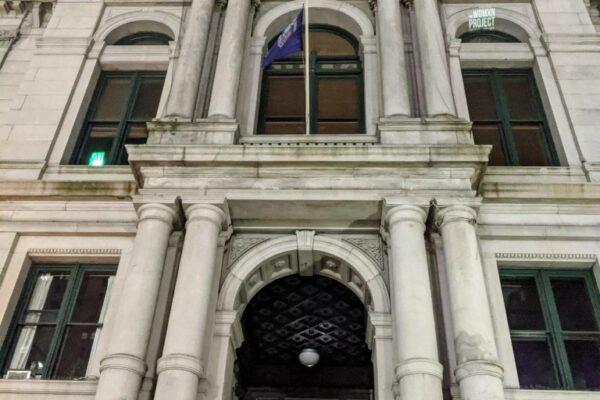 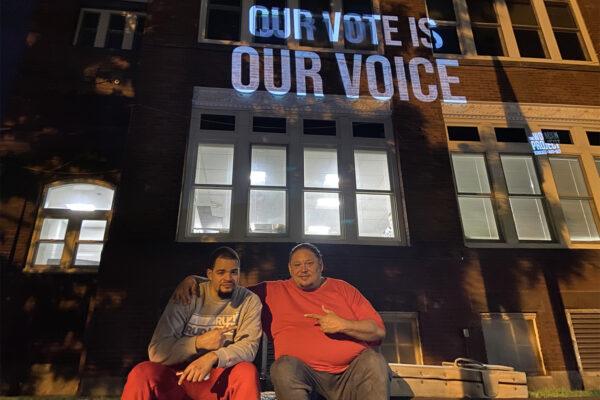 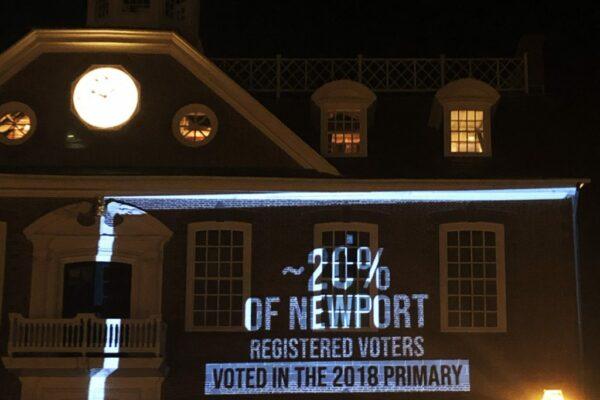 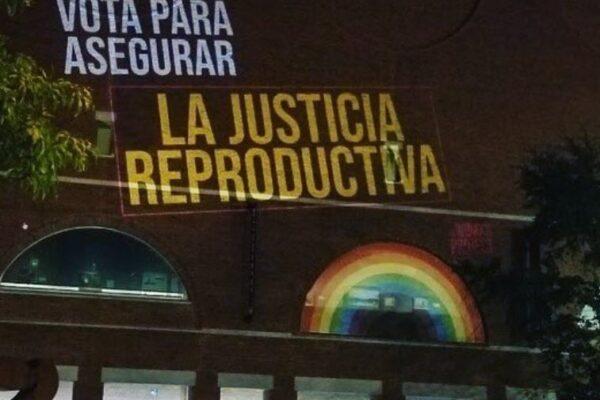 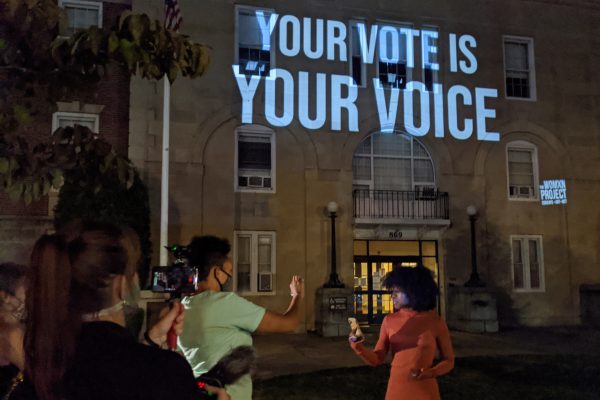 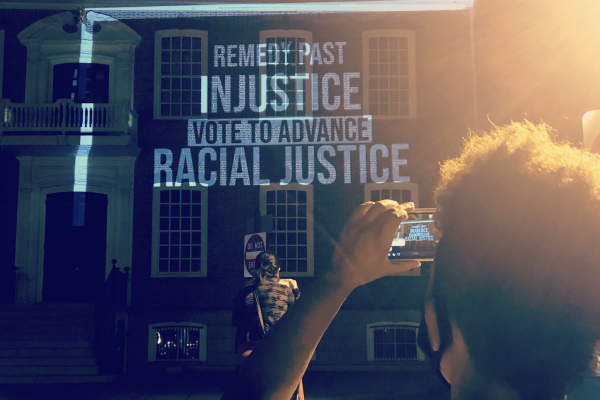 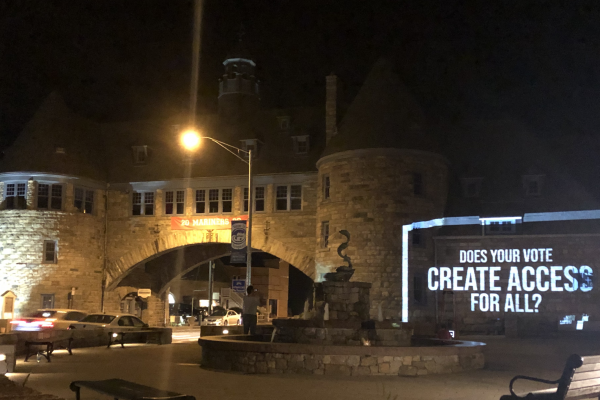 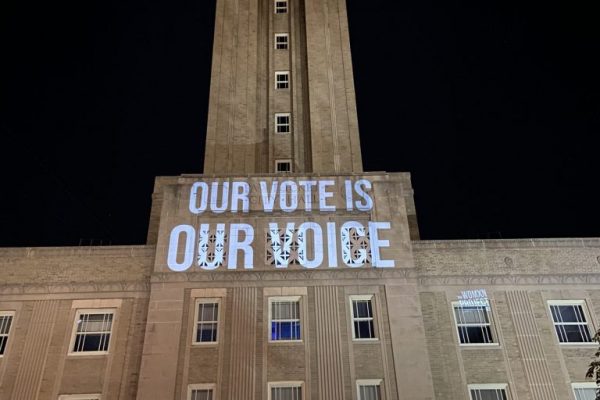