Illuminating the Legacy of Slavery in Rhode Island August 23rd is International Day for the Remembrance of the Slave Trade and its Abolition, designated by UNESCO to memorialize the transatlantic slave trade. On August 26th, 2021, (originally planned for 23rd but this is the rain date)  The Womxn Project Education Fund (TWPEF) is launching the first of three nights of staging a series of outdoor public art interventions combining light projections and narrative performances, to illuminate Rhode Island’s role in American slavery.

On July 4, 2020 TWPEF implemented a guerilla-girl approach to public art at Linden Place in Bristol. They projected images and graphics accompanied by live narration, to bring attention to the fact that Linden Place is not just a beautiful building in a charming town, but a symbol of wealth built upon human brutality. Staging the event on July 4th was a way to challenge our assumptions about what freedom and liberty mean in a country that was mired in the slave trade for centuries.

TWPEF sees this current performance series as an expansion of the Bristol project, with a more ambitious series of projections, performances and partnerships (see details below for each town’s events and collaborators).

With grant support from the RI Council of the Humanities and RI State Council on the Arts, we have brought together artists and scholars to create narratives based on research, while performers are working with creative writers to bring original reads to each site specific location.

While being a live event, it will also be live streamed on Facebook in an effort to continue to allow people affected by COVID issues/concerns a safe and accessible relationship to a unique perspective into histories in Providence and at lesser known sites in Woonsocket and Cranston.

These projections and performances will teach forgotten histories, evoke the deep human emotion that this history holds to this day, and motivate attendees to work towards an anti-racist future.

It is only through understanding our past that we can fight for a better future.

Illuminating the Legacy of Slavery in RI Research & Resources

Illuminating the Legacy of Slavery in RI Collaborators and Partners

Thank you Arts, Culture, and Tourism of Providence for helping us create a limited edition TWP posters and bandanas. Stay tuned on how to get your own. Artwork especially made for this series by Devon Blow in conjunction with TWP which says, “Artivism: Know your past to fight for your future.” 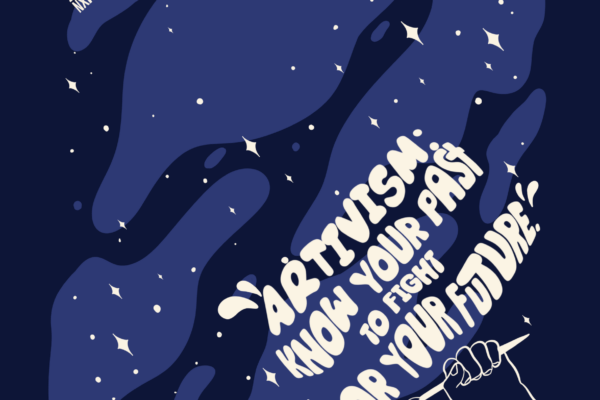 “Artivism: know your past to fight for your future” 22″ x 22″ navy bandana 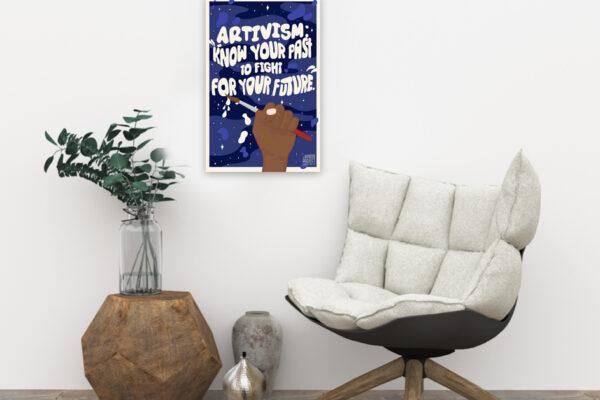 4 color poster, 11″ x 17″ with artists’ fist holding a paintbrush with the same caption as the bandana 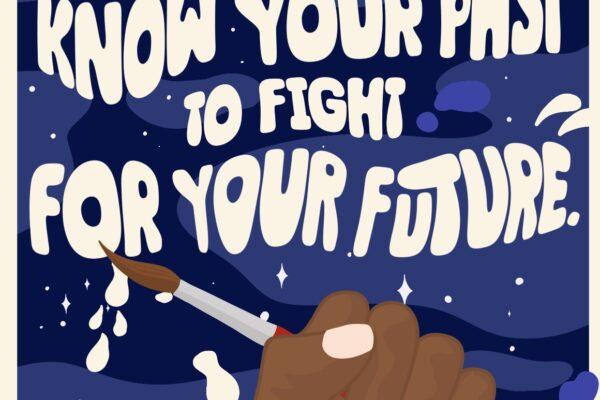 About the accessibility of these events:

Outdoor public art interventions are accessible to anyone who passes by on the street. Live streaming the events expands that audience to people who are homebound or who lack transportation. TWPEF interventions are relaxed performances, meaning that there are no strict expectations or codes for audience behavior, making the experience accessible to audience members who may feel intimidated or constrained in formal performance spaces. Audience members are welcome to make noise and come and go as necessary. Light projections are bright and bold with high contrast. Performances may be amplified at sites with background noise. Dialogue presented during performances will be offered in print and text document.

Supported in part by: 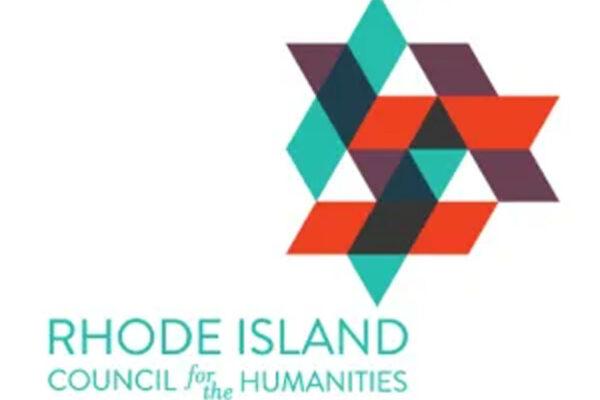 This project is made possible through major  funding support from the Rhode Island Council for the Humanities, an independent state affiliate of the  National Endowment for the Humanities. The Council seeds, supports, and strengthens public history, cultural  heritage, civic education, and community engagement by and for all Rhode Islanders. 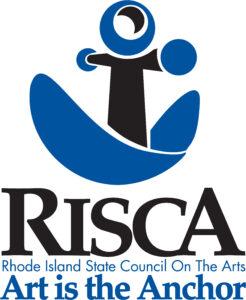 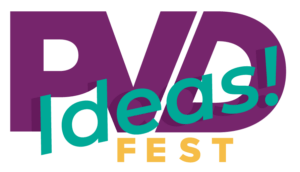